HIM Emperor Jonathan I

His Imperial Majesty Jonathan the First, by the Grace of Christ our God faithful Austenasian Emperor and Autocrat of the Romans, Great King in Carshalton, Pharaoh and King of Persia, King of Rushymia, Founder of Austenasia, Katechon and Defender of the Faith, Sovereign of the Glorious Order of St. John, Sovereign and Grand Master of the Order of Saint Constantine, Sovereign of the Order of the Bullmastiff, Sovereign of the Austenasian Order, Imperator of the Austenasian Armed Forces, Crown Steward of Imperial Wrythe, Protector of Orly, Wildflower Meadows and Dominel, 2nd Archduke of Britannia, 1st Archduke of Northern Austenasia, 1st Count of Greater Wrythe, Sheriff of Glencrannog and of Commius Flats, Duke of Sweetpea Valley, Prince of Arenberg-Salm, Kouropalates of Imvrassia, Marquis of Pemulwuy Common, Marquess of Hereford, Count at the Erft, Count of Groemant, Baron of Ongal, Baronet of West-Xtabay, Laird of Glencrannog, and Knight Protector of the Crown Princess.

HIM Emperor Jonathan I is Monarch of the Empire of Austenasia, and serves as the primary executive leader of the nation. As Emperor of Austenasia, Jonathan I must give his consent to all Acts of Parliament before they become law, issues Imperial Decrees and Edicts, awards medals and knighthoods, and approves the candidates for Prime Minister. He is the recipient of over a dozen knighthoods from other small nations.

The Emperor ascended to the Throne on 20 January 2013 with over a decade of experience in the administration of small nations. A leader of the primary school-based "Midget Empire" between September 2002 and July 2006, the now Emperor founded Austenasia together with the Imperial Family in September 2008. Between then and his ascension to the Throne, he was known as Crown Prince Jonathan and held the office of Prime Minister.

Born on 13 October 1994 at St. Helier Hospital in Carshalton, the Emperor is an amateur historian, journalist, playwright and actor, who since 5 September 2016 has been engaged to HI&SH Princess Hannah of Wildflower Meadows. The Emperor graduated with a Bachelors and then a Masters degree in Theology from the University of Roehampton in 2016 and the University of Chester in 2020 respectively.

Head of the House of Austen, 1st Duke of Davidopia, Marquess of Coulsdon, Mayor of Wrythe, Captain of the Imperial Guard, Crown Steward of Imperial Wrythe, Sheriff of Wrythe Public Park, Knight Companion of the Glorious Order of St. John, Knight Imperial of the Order of Saint Constantine, Knight of Edd, Knight Protector of the Crown Princess, Knight Grand Commander in the Holy Military Order of Saint Polycarpus, Knight Most Exalted of the Order of the Daisy

Head of the House of Austen, the Emperor Father was the founding Monarch of the Empire between its creation in September 2008 and his abdication in February 2010 (see below). Born on 16 May 1961 in Coulsdon, he has had several jobs in security, from managing Wallington security companies to guarding the national treasures of the United Kingdom at the National Portrait Gallery; at present, he is self-employed as a gardener. He married the Emperor Mother in 1989, and enjoys fishing and golf. Emperor Father Terry has served as the Mayor of Wrythe since 10 February 2017, and as Captain of the Imperial Guard since 25 July 2020.

1st Archduchess of Pannonia, 2nd Duchess of Grantabridge, 1st Baroness of Glencrannog, Crown Steward of Imperial Wrythe, Dame of Honour in the Glorious Order of St. John, Dame Imperial of the Order of Saint Constantine, Dame of Rose, Dame Protector of the Crown Princess 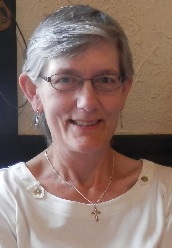 The Emperor Mother is 12th in Line to the Throne. Born in Merton on 8 December 1955, Emperor Mother Margaret has had careers working in a hotel and as a secretary. While Empress to Terry I, Margaret was appointed Vicereine of Tincomarus Department in the Slinky Parliamentary Monarchy, a state with which Austenasia held a national friendship before it was dissolved in early 2011. The Emperor Mother also served as one of the two Consuls for 2016.

Heir to the Throne, 1st Archduchess of Asia Minor, Countess of Nearloch, 1st Baroness of Wrythe, Sovereign of the Order of the Crown Princess, Dame Companion in the Glorious Order of St. John, Dame Imperial of the Order of Saint Constantine, Dame of Carothan

Crown Princess Caroline is Heir to the Throne of Austenasia, being the younger sister of the Emperor. As such, she is only heir presumptive, and any future children of the Emperor will come before her in the Line of Succession. Born on 25 May 1998 at St. Helier Hospital in Carshalton, she is currently employed as an events organiser at a church in London. She has interests in animals, singing and drama.

Crown Princess Caroline is best known internationally for causing the Austenasian Civil War, fought between supporters of herself and of Esmond III between March and May 2010 after she claimed the Throne. Her supporters - known as "Carolinians" - lost, and the Princess spent a week in exile as a result. She served as Representative of Wrythe between December 2011 and November 2013, and as one of the two consuls for 2015.

HIM Emperor Terry I Terry I was the first Monarch of the Empire and one of its two de facto founders, ruling Austenasia between 20 September 2008 and 16 February 2010. Functioning as a mostly ceremonial leader, his son the Prime Minister held the real power during his reign. Although enthusiastic about the idea of his family having its own sovereign state, Terry I saw his role as being mostly to supervise his son's running of the country, and did not want himself to be too heavily involved in the day-to-day administration of the government. Terry I encouraged the maintenance of democracy in Austenasia and remains the only Austenasian Monarch to have led the Austenasian Army into battle, helping to defend the Imperial Residence during the Skirmish of the Treasury in May 2009. Terry I is now known as the Emperor Father - see above. Born on 9 June 1995, Esmond III attended the same secondary school as HIH Crown Prince Jonathan, and was made 2nd in Line to the Throne through Act 105 as a ceremonial and symbolic honour - this turned out to have real consequences, as Esmond became Austenasia's new Emperor after Terry I's abdication. On 16 February 2010, Emperor Esmond ascended the Throne after the Crown Prince refused to become Monarch. He then led the nation through the Austenasian Civil War, winning said war after the Austenasian people confirmed that they wanted him as Monarch through a referendum and the rebel forces surrendered. This victory, together with the personal charisma of Esmond III, resulted in the influence of the Throne growing by a large amount during his reign. On 17 October 2010, the Emperor became the new King of Rushymia after retrieving a bottle which had been placed by the previous King with the declaration that the next person to touch it would be his successor in the royal title.

On 31 March 2011, Esmond III was deprived of the powers of the Throne through a Vote of No Confidence passed by Parliament in response to growing concerns about his eccentric means of ruling the country (such as demanding  tribute of cake, announcing frequent nonsensical changes to the calendar, and even making proposals to transform Austenasia into a communist dictatorship). This left His Imperial Majesty as Monarch in name and title only, until he was removed from office entirely by the enactment of the 2011 Constitution.

The reputation of Esmond III has been greatly rehabilitated in recent years, and his reign is now remembered for his overseeing of a massive increase in the Empire's local influence, and the "golden age" of court culture which grew up around him.

HIM Emperor Declan I Declan I reigned between 19 December 2010 and 20 January 2013, ascending to the Throne while Esmond III was still Emperor and ruling alongside him for a while. King of the nearby nation of Copan (part of Orly), he became joint Monarch through an Act of Parliament as part of a plan by the then Crown Prince Jonathan to "balance out" the influence of Esmond III, who had begun to rule in an increasingly eccentric manner. Declan I became sole Monarch in September 2011 with the enactment of the Austenasian Constitution of 2011, which also saw the legal powers of the Throne greatly increased.

The reign of Declan I is remembered fondly by few. He is the only Monarch to have not once set foot in the Empire, instead ruling via the internet from his home kingdom of Wilcsland, of which some suspect he saw Austenasia as little more than a vassal. Declan I abdicated on 20 January 2013 for personal reasons, and was succeeded by the incumbent Jonathan I. He continued to rule the nearby nation of Orly until it was liberated in an Austenasian-backed revolution in June later that year.

Line of Succession to the Throne of Austenasia

Austenasian Crown © 2008-2020 (where not otherwise specified). The Imperial Majesty is not responsible for the content of external websites.